Imagine that your 13-month-old son has just been diagnosed with a rare disease called xeroderma pigementosum (XP). In that instant, your world is turned upside down. You find yourself desperately searching for answers to so many questions, struggling to understand how this will impact his life as well as the rest of your family. 5 years ago Nicola Miller found herself in that situation and having received the diagnosis, the first person she called to share the news was her sister Rebecca Stewart. In the weeks and months that followed, the acute need the family experienced for advice and support inspired the sisters to create a charity, called The Teddington Trust – now a global operation supporting families affected by XP all around the world. 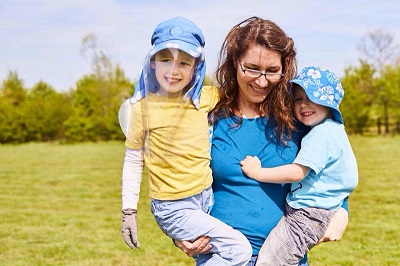 Xeroderma pigmentosum (XP) is a rare inherited skin disorder characterized by a heightened sensitivity to the DNA damaging effects of ultraviolet radiation (UV). The main source of UV is the sun and this essentially means that Nicola’s son has to be protected from exposure to UV rays at all times to minimise discomfort and further damage to his skin. People with XP have a 10,000-fold increased risk for developing skin disorders and also have a 2000-fold increased risk for cancer of the eye and surrounding ocular tissues.

A recent Bench to Boardroom seminar at the Wellcome Genome Campus hosted Nicola and Rebecca who shared with the audience their inspirational story that took them from careers in architecture and hairdressing to social entrepreneurship. In the last 12 months, they co-founded a magazine for the rare diseases community called Rare Revolution Magazine; and that is no mean feat. Besides the obvious challenges of starting a business, Rebecca and Nicola have 5 children between them and they live 600 miles apart. Driven by their passion to support patients suffering from all types of rare diseases, they have created a spark that has become a 3,000 strong global community and a social movement for all those who live with a rare disease. Nicola’s take on the reasons to get started on this project was simply that at the time their family could not find the support and the right platform to have their voices heard and so the sisters decided: “If it doesn’t exist, create it.”

How easy was it to start the magazine?

Without any money for initial set-up costs, the Rare Team set themselves a target of 25 pages worth of content for the first issue of the magazine, admitting they initially thought of it as a glorified newsletter. Nicola found some inexpensive software that the sisters thought they could use without too much of a learning curve. “We didn’t write a business plan, or look for funding first; we decided to plough straight in, bought a domain, built a website in 3 days and set ourselves a publication date of September 12th …We took this approach because we had to know we could do it, and the only way to really know, was…well, to do it!.” said Nicola, “…the deadline was picked to allow us to have something to work towards and before we knew it the content was flooding in and people were getting in touch.” 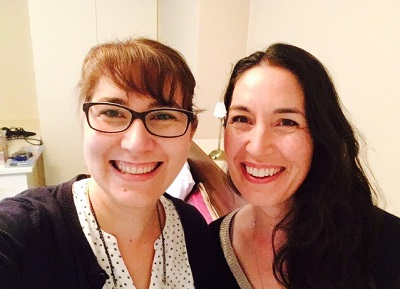 Having tapped into a vibrant community hungry to have its own say, it was very important to both Nicola and Rebecca to create a multi-stakeholder place for people to share their stories and be in a position to support one another. The Rare Team is passionate about communicating the science behind rare diseases in a way that everyone can understand- “…not dumbing it down, but giving clear explanations” said Rebecca. “The community side of it has been the biggest unexpected element,” said Nicola “people feel that for the first time they are not alone.” When a subscriber sent in a heartfelt video to the Rare Team, “it made us realise this was bigger than a magazine, it was a movement, so we also created a closed Facebook group and before we knew it, we had 300 members.” Nicola and Rebecca have very direct links with their members, they receive dozens of pictures and messages from subscribers who have met each other at conferences or charity events and who have forged strong friendships through mutual support of one another- often virtually.

Rare Revolution is a self-supporting community and it has also become a space for the rare disease community to debate issues that really matter to them such as access to treatment, education, therapies, social services, work- the problems members face are the same no matter what the rare disease they suffer from might be.

About a month after the first edition of the magazine was launched, someone suggested that a youth edition would be a great idea so Nicola and Rebecca jumped in, launching just a few months later Rare Revolution-Youth Edition. This ambitious project is designed to help their young and talented editorial team develop lifelong skills and experiences to use in their futures through a range of carefully crafted experiences, professional guidance, and mentorship. Often young people with rare diseases struggle to secure work experience and working on this magazine will give them just that opportunity. Some of the Rare Revolution readers who may struggle with reading digital content will be able to enjoy the children’s version as an audiobook as well.

Helping young people who live with a rare disease is quite clearly Nicola and Rebecca’s passion and with 75% of all rare disease occurring in childhood, the Rare Team felt it was time to provide a platform for children’s voices to be heard. A team of 10 children have been recruited to lead this project: “There was no other way to do that- two middle-aged women couldn’t represent the youth voice.” Rebecca added: “People underestimate how strong children’s views are and how much they want to be heard. They want to normalise the disease they have so they are not looked at differently.”

Rare diseases are attracting biotech and pharma more and more since they are typically less crowded areas with unmet clinical needs. However, lower patient numbers usually means that the cost of treatments is high and this, of course, impacts patient families significantly.

Nicola and Rebecca feel strongly that the community they’ve built is dedicated to improving the experience a rare disease patient can have when seeing a consultant for example or trying to access public transport, pursuing educational opportunities or having fair representation in the media. Patients and their carers are often the unseen experts in their own condition, reluctant and uncomfortable experts perhaps but their lives or that of their child often depend on them knowing as much as possible about a specific condition. Patients that get to see a consultant with direct expertise in their condition are very lucky and it’s not an experience that most are fortunate enough to have. It is clear that a culture shift is needed to improve patient care. Nicola posed that this can be done through consultants developing long-term relationships with their patients and accepting that often their patients are just as knowledgeable since they can spend many months researching their own condition in preparation for an appointment. To highlight this, in the future they would like to see Revolution Magazine distributed throughout as many UK GP surgeries as possible. Nicola said: “We want to allow people to pick up a hardcopy of our magazine and immerse themselves in stories that have come directly from the patients themselves.”

If you would like to support the Rare Youth Project please visit www.rarerevolutionmagazine.com/rare-youth-project.html to find out how.

For more information on Rare Revolution Magazine visit www.rarerevolutionmagazine.com or

If you would like to attend a Bench to Boardroom talk email Vika Lebedeva-Baxter for an invitation and for more detail of future seminars within this unique series of talks.