Baton will visit Wellcome Genome Campus in South Cambridgeshire on 9 July 2022 ahead of the Commonwealth Games.

Wednesday 11 May 2022: The Birmingham 2022 Queen’s Baton Relay is confirmed to visit the Wellcome Genome Campus in South Cambridgeshire during its final journey through England this summer, as the full route is revealed.

Birmingham 2022 is hosting the 16th official Queen’s Baton Relay – a journey which brings together and celebrates communities across the Commonwealth during the build up to the Games. In England, the Queen’s Baton Relay will provide the opportunity for communities to experience the excitement for Birmingham 2022, as the 11 days of showstopping sport nears ever closer.

The Queen’s Baton Relay is set to travel the length and breadth of England for a total of 29 days, before culminating at the Opening Ceremony for Birmingham 2022 on 28 July 2022. Kicking off on Thursday 2 June, the Baton will spend four days in London, coinciding with the Queen’s Platinum Jubilee Weekend. The Baton will then resume the international journey and return to England on Monday 4 July to commence a 25-day tour of the regions.

On 9 July 2022, the Wellcome Genome Campus in Hinxton, South Cambridgeshire will officially welcome the Baton. Later that day, the relay will continue on to the city of Cambridge.

A busy schedule of activities and events are planned for the Queen’s Baton Relay, with opportunities to highlight untold stories from Batonbearers who are striving for change in their community.

During its time in South Cambridgeshire, the Baton will first pass through the Wellcome Genome Campus, where an event will be held to bring together local communities to celebrate the Baton relay, science and sport. The Wellcome Genome Campus is home to multiple institutes and companies, including the Wellcome Sanger Institute and EMBL’s European Bioinformatics Institute (EMBL-EBI), which champion genome and biodata research. The Campus is a hub of research and industry, translating science into tangible societal benefits.

The ticketed free event, a collaboration between the Wellcome Genome Campus and South Cambridgeshire District Council, will bring together local communities, school children and Campus staff, and will have a range of entertainment, locally sourced food vendors, plus science and sporting activities.

There will be a range of activities for children and families to explore areas of the genetic research that takes place on the Campus. As well as this, there will be a variety of sports games, a family fun run, and local talent providing entertainment, including performances from nearby sports groups.

Representatives from various local groups and communities will be invited to attend the free ticketed event at the Wellcome Genome Campus and more information will be provided in the coming months.

Dr Martin Dougherty, Chief Operating Officer of the Wellcome Sanger Institute and Wellcome Genome Campus said: “It is truly an honour to host the Queen’s Baton Relay ahead of the Birmingham 2022 Commonwealth Games. We are excited that the Wellcome Genome Campus has been chosen as a venue, and this is a fantastic opportunity to invite people from the local community, school children and our staff to come together for a jam-packed day that celebrates science and sport. Our event hopes to bring people together after the difficulties of the last two years for a day of festivities, showcasing local talent, entertainment and food, and the work we do here at the Campus.”

The Leader of South Cambridgeshire District Council, Cllr Bridget Smith, said: “I am thrilled that the Queen’s Baton Relay is coming to South Cambridgeshire. It is a brilliant opportunity to get local communities, groups and schoolchildren together to witness this wonderful event. Given the vital role that our communities have played in supporting each other during the past couple of years, it will be particularly poignant for them to come together and mark this occasion. It’s set to be a fantastic event at a world-renowned South Cambridgeshire location, and I cannot wait.”

Thousands of Batonbearers, each with inspiring backgrounds and stories, will have the honour of carrying the Baton during the journey through England, including those nominated in recognition of their contributions to their local community, whether that be in sport, education, the arts, culture or charity. Between 40 and 130 Batonbearers will carry the Baton each day, and the Relay will reach hundreds of villages, towns and cities during its tour of the country. The Batonbearer at the Wellcome Genome Campus will be confirmed in the weeks ahead.

Travelling via land, air and sea, more than 180 communities in England will experience the Queen’s Baton on a route spanning 2,500 miles (4,000 kilometres). From energetic cities and historic market towns, to rolling countryside and rugged coastline, the Baton will head as far south as Cornwall and as far north as Northumberland.

Phil Batty, Director of Ceremonies, Culture & Queen’s Baton Relay, said: “Whilst the Baton has been travelling across the Commonwealth, we have worked closely with Local Authorities in England to devise a route that engages with hundreds of communities, passing sport venues, historic sites, local schools and Areas of Outstanding Natural Beauty. Yet the Queen’s Baton Relay is far more than just a journey. It symbolises connecting people from every corner of the Commonwealth, celebrates Batonbearers who take on challenges, and marks the countdown to the biggest sporting event in West Midlands history. And by the time the Baton returns to England for the final leg, 71 nations and territories will have already experienced the magic that comes with it.

“We hope that communities across the country join the excitement, attend events near them, line the streets to cheer on our incredible Batonbearers and celebrate the Birmingham 2022 Commonwealth Games.”

Commonwealth Games Federation President, Dame Louise Martin DBE, said: “The Queen’s Baton Relay symbolises hope, solidarity and collaboration across the Commonwealth at a time when it is needed most. It continues to inspire people wherever it goes and creates huge excitement for Birmingham 2022 as it journeys towards the Commonwealth Games Opening Ceremony on July 28.”

Throughout May, the Queen’s Baton Relay continues its journey through the Caribbean and the Americas, with visits to St Kitts & Nevis, Antigua & Barbuda, Bermuda and Canada, amongst others. 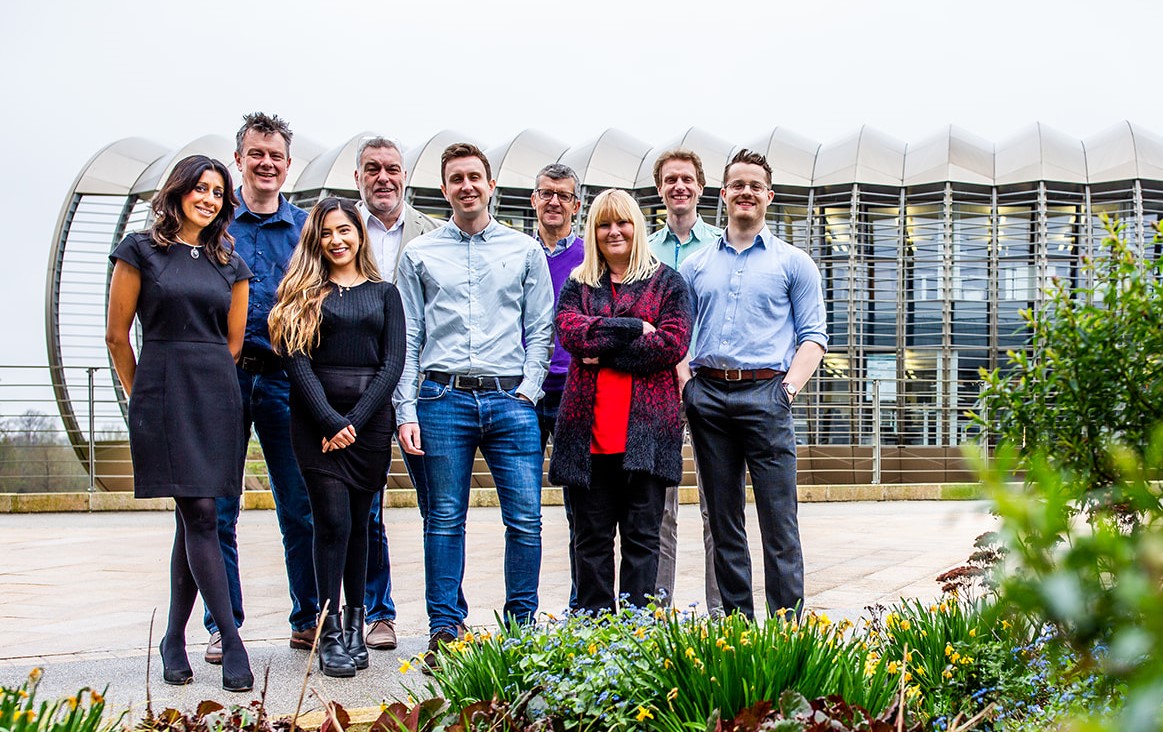 Cell & gene therapies based on genome editing technologies such as CRISPR-Cas9 are positioned to become a new generation of transformative ... 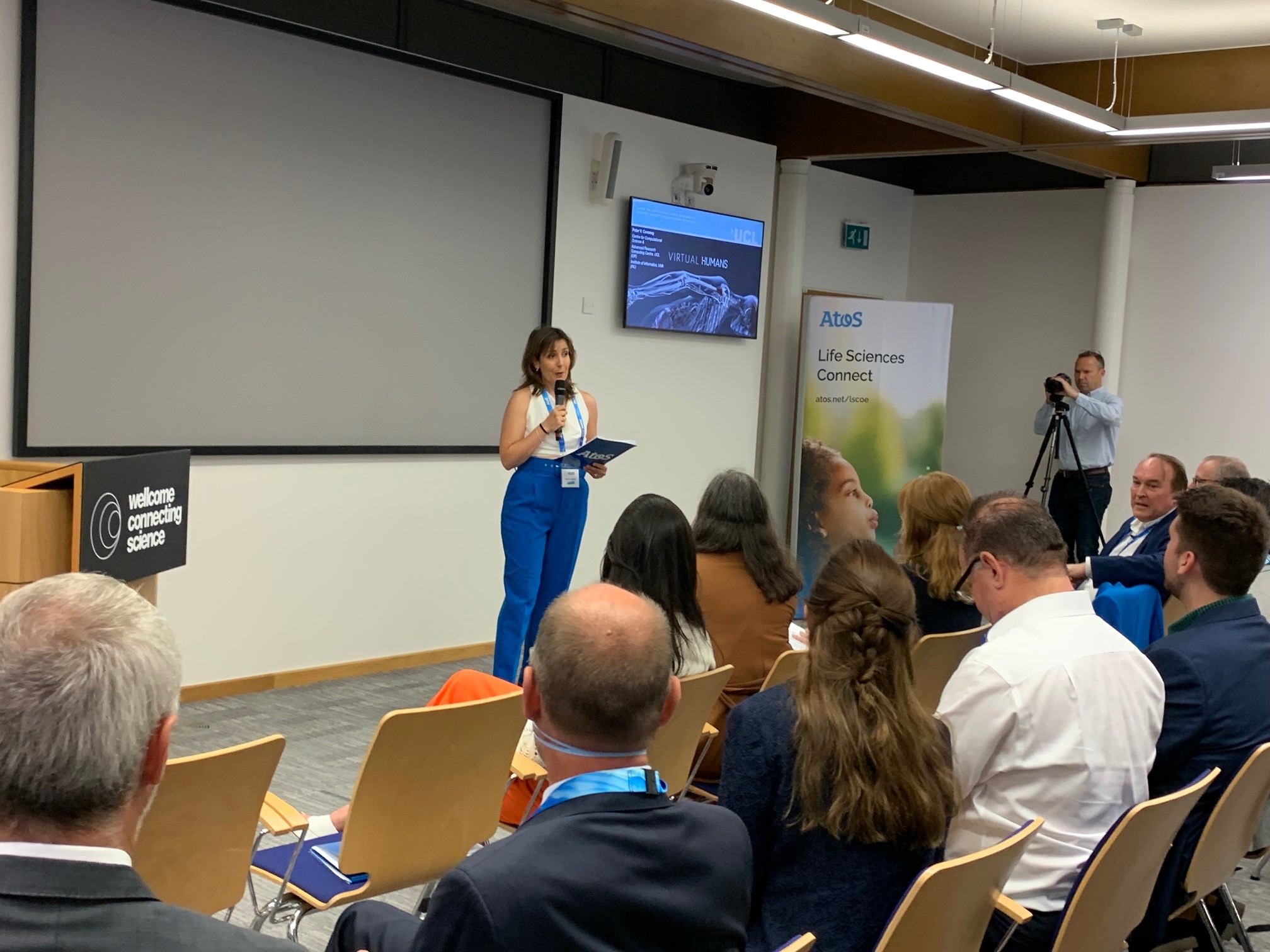