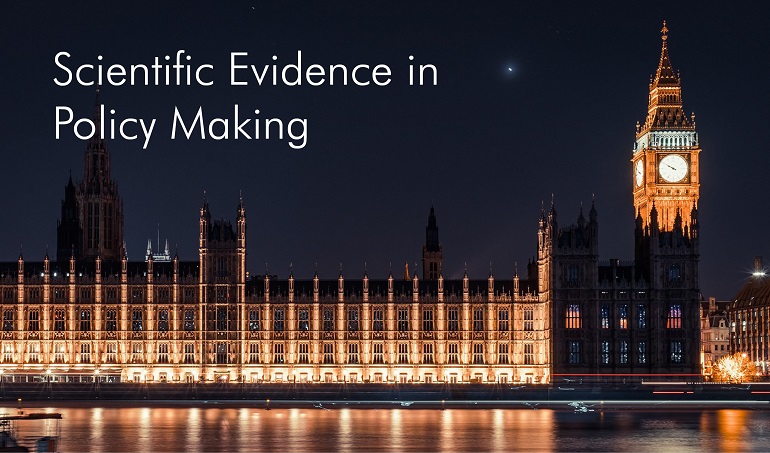 By: Alison Cranage, Science Writer at the Wellcome Sanger Institute

Evidence is a vital part of policy-making. Scientists are increasingly encouraged to engage with the public, and for those whose work could have an impact on policy – from climate change to disease outbreak tracking to genome editing – that could be in the form of influencing laws and legislation. Getting involved in policy making is one way researchers can make a difference.

Last summer the Wellcome Genome Campus Advanced Courses and Scientific Conferences team organised a course for researchers interested in getting their research evidence used in parliament. The course also catered for researchers looking to move into policy making as a career. We take a look at some of the key considerations for researchers who want to get involved.

Policy makers are often desperate for evidence, and need it quickly. But it’s not the only thing that shapes policy. Values, money, time, political context, competing claims and vote-winning capacity are all a factor in deciding priorities for politicians and civil servants.

One of the hardest things for anyone unfamiliar with the inner workings of Whitehall can be understanding the routes in. There are many avenues where evidence can fit, and those vary depending on the context.

The policy team at the Sanger Institute is led by Dr Sarion Bowers, and works on data sharing, GDPR, animals in research, immigration and Brexit, bringing the Institute’s voice to debates around the world on bioethics and the use of genomics and data in healthcare.

The exact format for evidence will depend on the context, though the general advice is to keep it short. The most effective arguments are made when there is a very clear point. Picking key examples, or case studies, is a good way to make your case. Everything needs to be underpinned by the evidence, but it needs to be digestible. Someone reading your work won’t analyse it themselves – it is better to tell them what it means.

Nuance does have a role, but a balance should be struck in order present your position honestly without detailing every counter arguments with equal weighting front and centre. If you are using evidence to advocate for a specific action, you need your message to be clear.

For researchers who want to move into the policy sector as a career, Sarion advises getting as much experience as possible as a first step. That could be through an internship, for example.

“I’d also advise people to start writing. Write blog posts. Begin to develop those skills of creating a narrative. Practice building an evidence base, without the evidence being too overwhelming. Reading thoroughly is also important. Find books, and stories of how legislation came into being.”
– Sarion Bowers, Wellcome Sanger Institute

There are Masters courses available, or you can join the next ACSC course at the Wellcome Genome Campus.

Getting involved really can make a difference. Scientists at the Wellcome Centre for Mitochondrial Research and Newcastle University were an integral part of the UK becoming the first country in the world to allow mitochondrial donation. The technique gives families affected by mitochondrial disease the chance of having healthy children. The work of Wellcome policy team, together with others, led to the vote of support for mitochondrial donation in Parliament in February 2015. Read more here.

More and more researchers are becoming vocal about issues, not just in science, but also about issues that affect them and their teams, like immigration. Researchers really can make a difference.

Alison Cranage is the Science Writer at the Wellcome Sanger Institute. You can follow her blog here.